Hi,
last time in Space NEWS I was writing about SLS, the Space Launch System. Today I will add some more stuff because NASA finished simulations of booster separation.

So first, those boosters are those things you can see on the right. They are

the first part of rocket to be used up when its launched. The problem is that something can happen when they are separeted from the rest of rocket (the separation must be precise so it wont move with the rest of the rocket).

There had to be about 22,000 different simulations to see if everything is ok. Those simulations were made by the supercomputer Pleiadas (like the constellation). Each simulation took about 200 hours and together with some other simulations it took 12.7 million hours 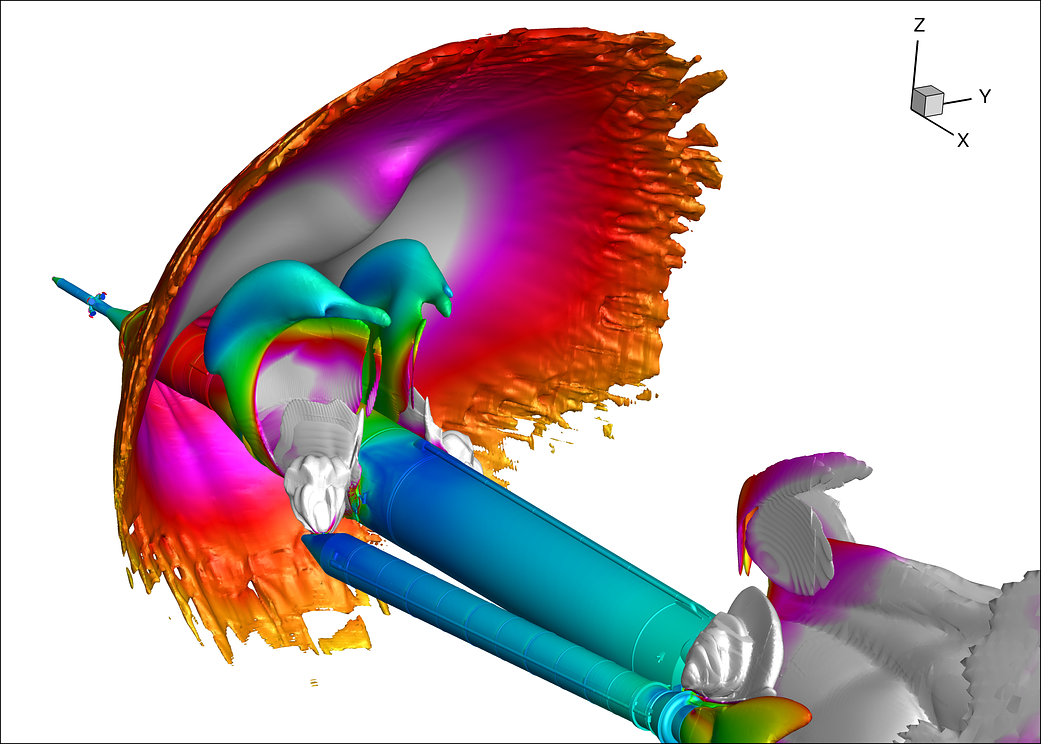 to complete it (there were also overflow more precise simulations. Each of them took 20,000 hours and there was almost 400 of them). Omg really? On the left is one of those simulations. The violet, red and orange thing is the shockwave. On the end you can see the separation of boosters.

Dragallur
EDIT: Those 12.7 million hours were divided between 400 Intel Xeon Nodes, otherwise it would take over half a million days to complete it.