Hi,
here it comes, here it goes! Finally after so many posts I am here with the most famous space flight EVER! The Apollo 11, I know it was a bit strange that I was writing about conspiracy of moon landing before talking about moon landing. Here it comes now, this surely long waited post!

First of all: the crew. 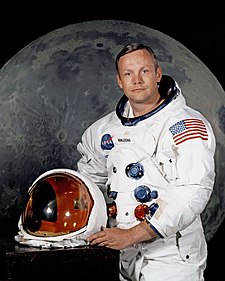 Neil Armostrong was the captain of this mission. As probably all astronauts, before his space carrier he was working as pilot in the US Navy even fighting in Korean war.
After that he joined the NASA program and he flied for the first time in Gemini 8 mission which was the first mission to connect two separate parts of rocket in space.
After that his second and last flight was in the year of 1969 which was Apollo 11. He died because

of some heart complications in the year 2012.

The name of the second guy is Buzz Aldrin. Again he was working for military and fighting in Korean war. His first mission was Gemini 12 and then of course A11. He is now 85 years old and he is the second person to step on Moon!

Poor Michael Collins even that he was in the Apollo 11 mission he was not allowed to step on Moon because he was orbiting our satellite while the other guys were having fun down there. Again he was pilot in military and he was also in Gemini 10 mission.

Now for the mission itself.

The mission started 16th July of 1969. The crew rode in Saturn V rocket. It took them 12 minutes to get on the orbit and they made 1.5 turn around Earth. After this they made right for Moon. There were 4 corrections of direction assumed but they had to do only one somewhere in the middle of the way. It took 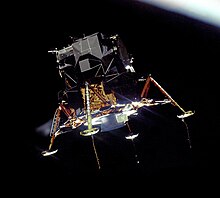 three days to get on the orbit of Moon.

When the landing module was going down in few phases there were some problems with computer and with their position because the motors were on for a longer time that they needed to be.

Computer was not able to count their landing position because of “executive overflow” which was caused by it to use its computing power on meeting radar which was not used at that point. One young guy named Steve Bales called in this very pressing moment that they can continue which was then awarded with medal of freedom. 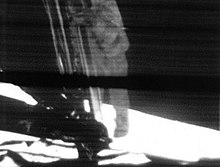 It was planned that they would sleep for five hours but Armostrong and Buzz decided not to, since they would not be able to fall asleep. It took them 3.5 hours to prepare and then they opened the door and in 2:56UTC 21.7.1969 he said the famous sentence about stepping on ground (and he also stepped there)!
They took the first samples of Moon rock, then they put there American flag, seismometer and something with laser which I am not really sure what it was. Also what is less known when they were leaving Moon they left there message:

Then they left some stuff on the surface so they had lower mass and flied back to Earth. They were safely recovered from ocean.

This mission accomplished the thing that Kennedy wanted Americans to achieve: In 60s they landed on Moon.
Also this was very good for USA because they practically won the space race.

In 70s lot of people raised and said that it was fake. I have already lot of posts about it so check it out!
Dragallur