Hi,
it is probably one of the best known metals in the world and even throughout the history. Humankind knows it for a long time. It is precious metal with amazing properties from conductivity to ductility. It does not react so much which means you can actually eat it pretty easily!

Right, we are talking about gold, or aurum.
There is really lot about this element so I will start with its chemical properties and where you can find it.

On the left you can see aqua regia with piece of platinum which is very resistant too.

Once in Denmark during WW2 one chemist had two Nobel medals for some people. Those medals are made of gold and since Denmark was going to be captured by Nazis he did not want them to get those medals. He took them and placed them in aqua regia.
After the world he returned and the solution was still there so he extracted it and made new medals. 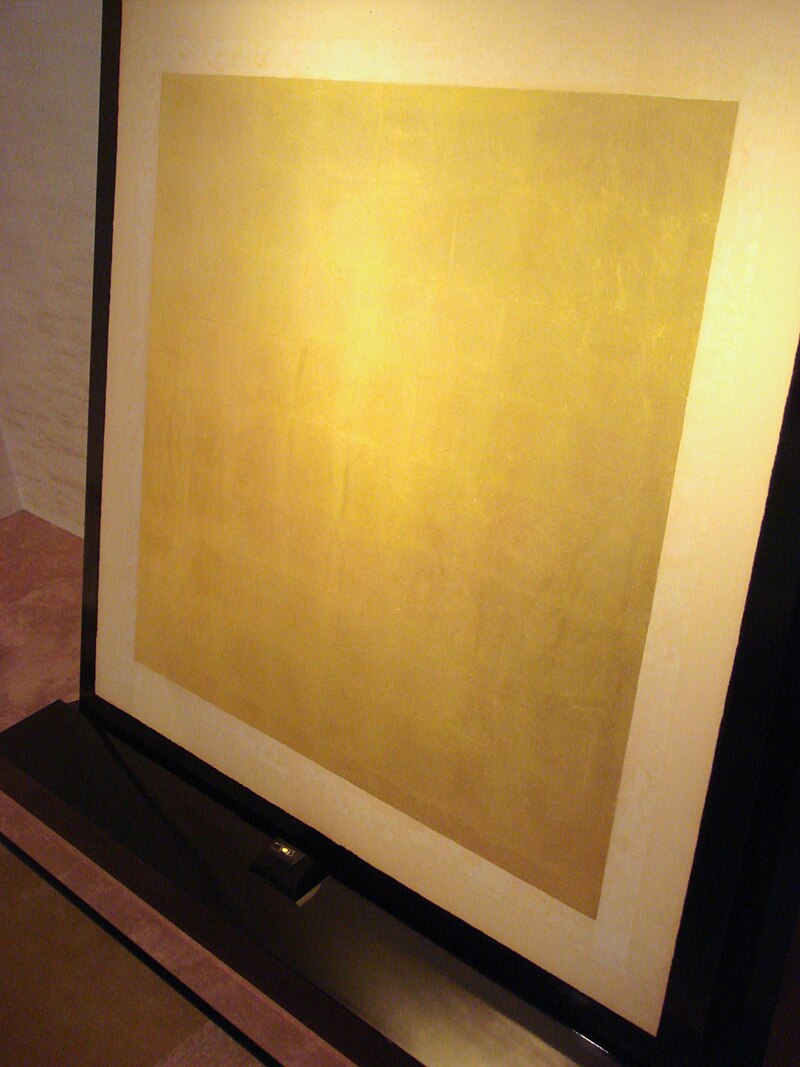 On the next picture you can see thin plate of gold. Gold is so ductile that one gram can be spread on 1 square meter. This picture is from Japan Toi museum.

This is very useful since gold is not very cheap but when you use only one gram for such a large area it gets to whole new level!

There is only one stable isotope of gold which is the one we are mining and using. There were found many others but all of them decay in matter of weeks, days or even couple of microseconds (actually some radioactive isotopes are used for curing cancer).

While gold does not react and so on, it is very soft so if you want to use it in jewelry it is always mixed up with palladium (white gold) or copper.

Gold is conductive. This is great but how does that happen?
Well gold and silver and copper are in the same column which means that they have similar properties. All of them are very conductive because they have one free valence electron.
So gold for example has configuration: 4f14, 5d10,6s1
“d” and “f” orbitals are both full since “d” has limit of 10 electrons and “f” 14.
You could ask why other elements with one valence electron are not so conductive and it is because the farther away from the core of the atom the easier it is to break the electron free. Also different atoms have different ionizing energy which means that it takes different amount of energy to free their electron.

Before I get to mining of gold I will mention the places where you can find it.

Unlike Palladium, gold was detected in the ocean to be 0.011 μg Au/l.
In whole Universe the estimated value of Au is one atom per 300 billions of hydrogen atoms, which is ten times less than palladium.

This is only guess but I think that this could be caused because in supernovas it is surely much easier to create element with 33 less protons.

Lets see how it looks like for different countries. The list of the countries is taken from Wikipedia and it is measured in tons (it is for mining in the year of 2013).

It is assumed that there were altogether mined 175,000 tons of gold. If you would pile it, it would use the volume of 21 cubic meters. While you may say that this is not much, imagine it standing next to your house + gold is very heavy. If you would make the same pile from hydrogen it would be about 200 times as large.

On the map below you can see the approximate storage of country’s gold (you could easily criticize it, look at South Africa.. but I did not find better, just don’t take it to be a good source).

There are few ways to mine gold. The older one, which you may have seen in movies and it is not used anymore, is the method of panning. This is based on the effect of gravity which pulls heavier gold down to the bottom of the bowl while the rest of the sand is slowly floating away (this was used often in rivers).

The modern way is to crush the material to small pieces and then leach it in some acid, rich in chlorine ions. It is then excluded in electric current on the cathode. There was also way to get it using mercury but only in specific situations and the soil was polluted with mercury.

Now there are ecological problems all the same because of hydrometalurgy which is the process of getting metals from their ores. There are huge amounts of cyanides used which in history already happened to cause some disasters, polluting large rivers and letting them toxic for years.

For the last chapter lets get to usage of this amazing metal.

In history the first usage was only jewelry. This is obvious since people back then did not even know what electricity is and they did not have enough gold to make isolation from it but it has such a nice color so they

made lot of jewelry.

You can surely find lot of rings and various necklaces, this one is ring of Egyptian pharaoh. Like I said at the start, now gold is mixed with some other metal so it is not so soft. 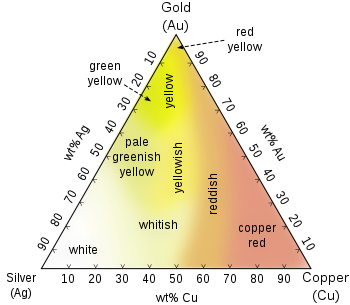 You can see that metal gets different colors depending on the percentage of all the various metals.

Most often the objects are not whole made up of gold but rather only the top layer which can be extremely thin, even transparent.

Even in food you can find gold like a decoration, it is tagged as E175 and it is not dangerous at all since anything in human body is, won’t react with gold.

In industry, the property of high conductivity is used in computers in processors.

In dentistry gold is used as dental alloy, because again it does not react. There is not only gold but other metals too, mercury for example (because of Hg it is important for the alloy to not react and survive the environment in mouth).
I still remember when I went with my grandmother to guy who was collecting gold with her old golden dental alloys.

Gold was used as backup for money, this was called gold standard and I am going to write a whole separate post about it. This system fell and it is not used anymore.

Gold is even used by NASA. I read that for some flight there was 43 kg of gold used. To give specific example, there is gold used in astronauts helmet. This is because of radiation in space where you are not protected by atmosphere.
Gold foil will reflect most of the ultraviolet and infrared radiation which could otherwise cause serious damage to astronauts eyes. Full explanation.

This is all from me for today, already this has been the longest post ever so I hope someone will read it.