Hi,
today I want to look on the problem of edge of Solar System. The problem is that such a border is not very clear. It is similar problem as the classification of what is planet and what is not, simply because there is no clear distinction in size or so for something to be planet. Biologists also had/have this problem with defining what is life since they discovered that there are lot of small things that are lying on the edge of dead (it was never alive) and alive.

So whole post I will be working with this picture, so take time to acknowledge what is there: 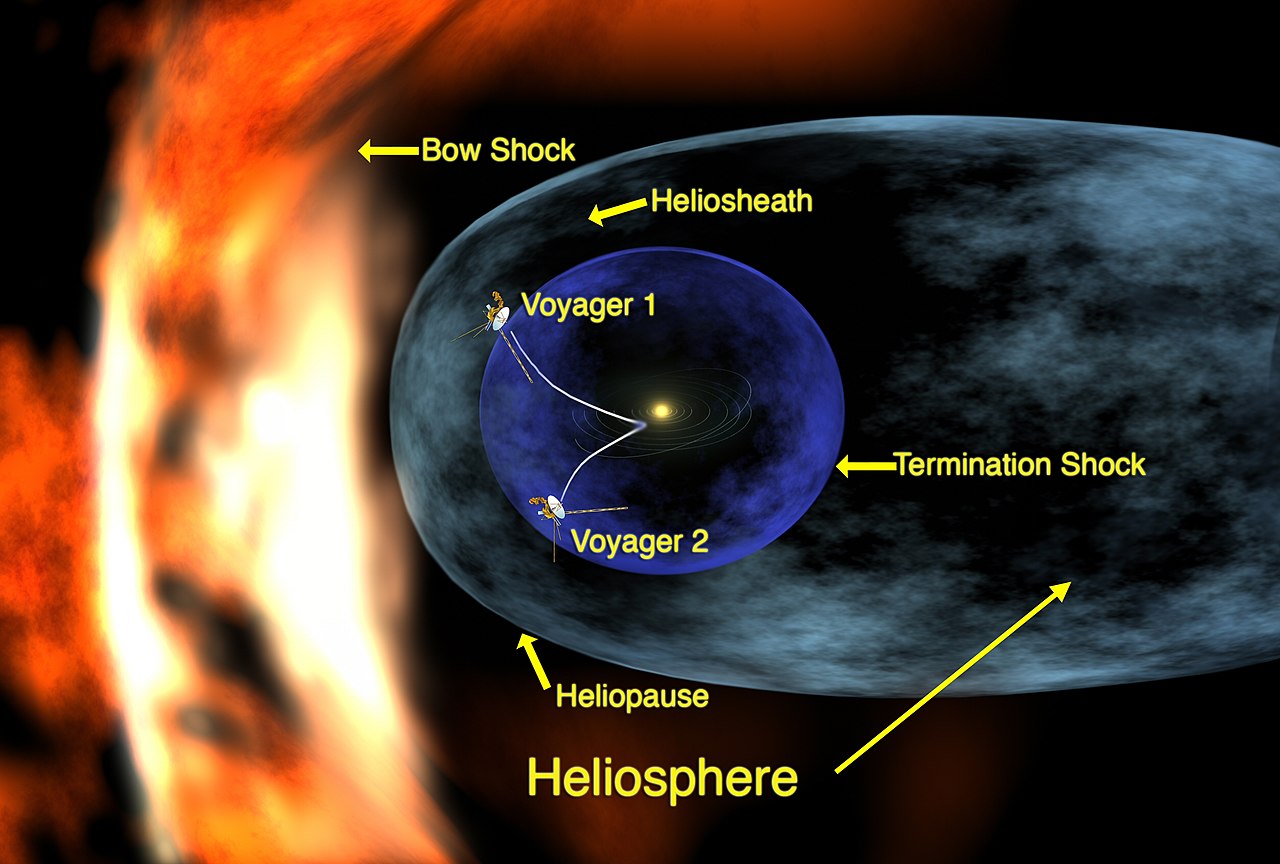 Sun is in the center.

So the short answer is that heliosphere is the edge of Solar System. It is defined as region with the border where Sun’s solar wind is stopped by the pressure of interestellar medium.

Solar wind is the flow of plasma from the Sun. It is pretty fast, up to 400 km/s or even more. This plasma is then hitting the interstellar medium which is stuff from other stars and simply dust and so on.

Since this solar wind pushes the stuff out we have smaller pressure inside our bubble. This creates the border called heliopause where solar wind is slowed to 0 velocity.

It is best to define the region like this because otherwise Sun is technically visible anywhere in the space and its gravity also just decreases a little bit by the distance but solar wind just stops.

It is the border where the velocity of the solar wind decreases below the speed of sound in space [1]. This creates a termination shock which I will explain in other post when I will talk about the speed of sound!

PS: also I promised something about orbitals so I should do that too..
PPS: Bow shock probably does not exist and it should be shock wave of interstellar medium.

[1] Oh yes, there is speed of sound space too. It varies from region to region but since there is dust and other stuff lying around the speed of sound is roughly 100 km/s.

2 thoughts on “Where is the edge of Solar System?”