Hi,
so I came up with this idea of list of people that I admire in science. Those are not usually scientists most like ex-scientists who are writing, blogging, learning students and so on.

I want to start with Phil Plait also known as Bad Astronomer. Why? Because he is famous 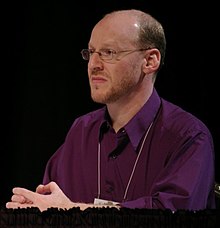 skeptic in the science community who is leading the league against Moon hoax. When I was writing about moon landing I cited his work quite a few times. He also wrote the book Death form the skies and he was featured in Crash Course Astronomy which was pretty cool, here are some links:

Second person in my list is Neil deGrass Tyson. He is astrophysicist, also sceptic and agnostic. He makes quite often fun of Flat Earth and is pretty cool.

Demonstrating the power of gravity in the response to rapper singing about Flat Earth.

Another of my favorite scientists is Bill Nye. I am pretty sure that you know this one.

I actually saw him for the first time in USA in science class but actually listened to some of his talks few months ago for the first time. While he is very popular generally I kind of liked his debate with Ken Ham.. watch it, it is worth the 3 hours when you will witness the worst kind of argumentation in all history of creationism 😉 [1]

I would add Michio Kaku but I did not see so much stuff from him so I will just leave it here.

[1] Check out Ken Ham memes, those are best!

8 thoughts on “My favorite scientists and astronomers”