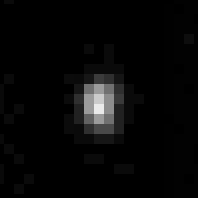 2 thoughts on “Moons of our Solar System: Himalia”