Hi,
wondering what to write about today I decided that best would be to catch up with the mission Juno which is going to explore Jupiter.

This is doodle by Google which shows the excitement of the scientists as they watch the signal from Juno coming back after it started to orbit Jupiter.

So it has been basically 5 years since NASA launched Juno (2011 August). This satellite is the second one after Galileo that is going to orbit around Jupiter. Most of others were just on flyby to other places and Galileo kind of broke.

Juno mission is going to last for about 1 and ½ of a year. This seems kind of short time when you consider that it took alone 5 years to get there. SciShow Space said that it is because NASA does not want to risk getting Europa spoiled with ANY organisms from Earth though I think that this is nonsense and that NASA just does not have enough money which is something I will get to in another post.

What will we get? Well hopefully we will learn more about formation of Jupiter and whole Solar System, this is basically the main purpose but priority is also the gas of Jupiter and its magnetic field. We wont get probably any pictures of the moons because they are not part of the mission and they would be very small. At one point the JunoCam instrument will have a great resolution of Jupiter, about 15 kilometers per pixel. This is something amazing since Jupiter has about 140,000 km in diameter.

Right now Juno is on what is called “capture orbit”. Those are two 53.5 days long orbits which will then lead to 14 day science orbits where the real data is going to be harvested. 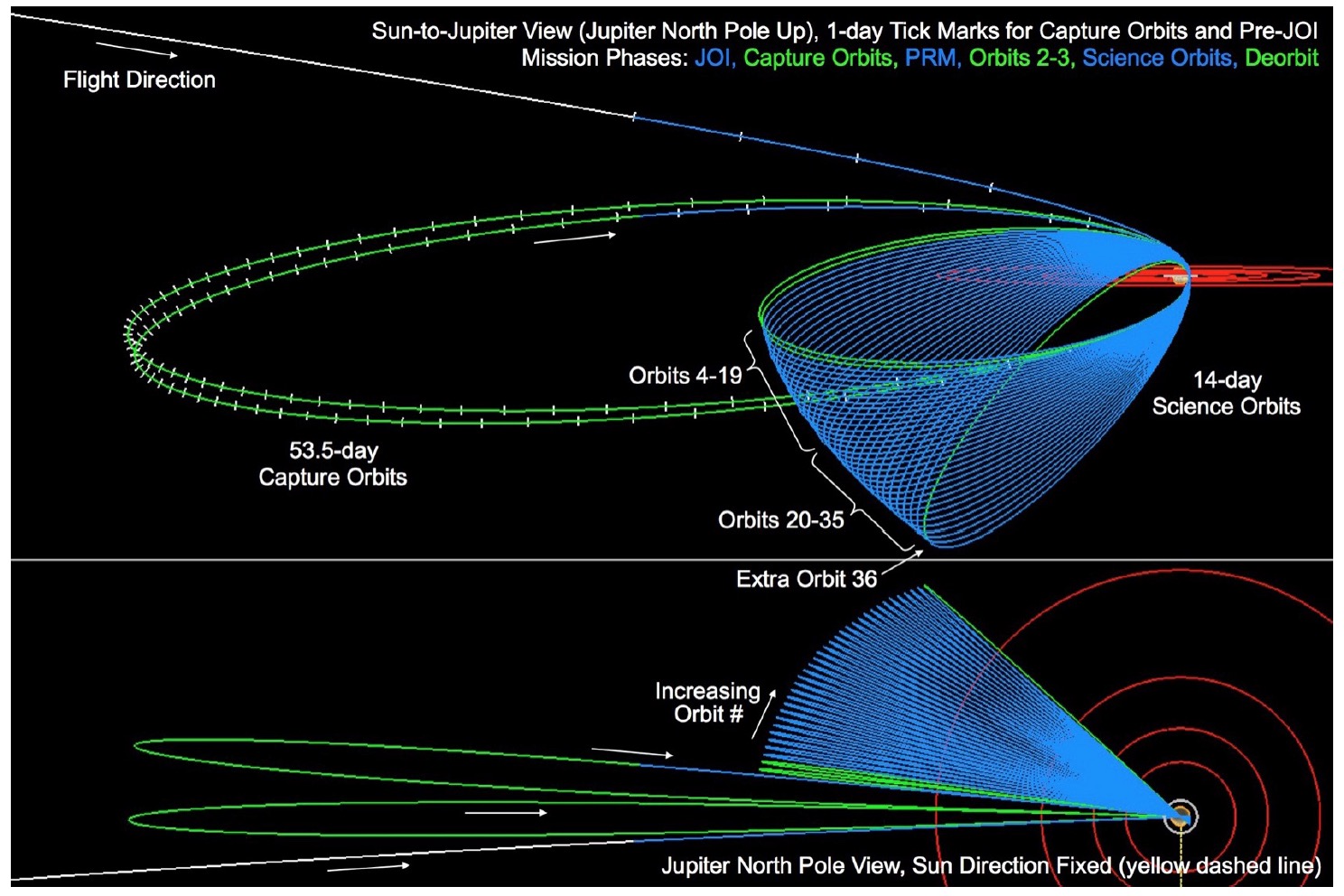 Everything about the mission is quite planned.

Juno is also the furthest man-made satellite that is powered only on solar panels. At the distance where it is, there is only 4% of sunlight compared to Earth.

Next time I will cover what tools Juno carries.