Czech edition of the book

Hi,
today in my week plan I finished this book above. It is called the Secret diary of chinese empress though I guess that this book does not even exist in english version.

Cixi was borned in lower class in China. She was lucky enough to be selected as a concubine for new emperor Xian Feng. Her friend was selected too and soon she was getting lot of attention from emperor.

After a while she was heavy with child and it was clear that emperor will die soon enough since he spent most of his time in brothels and opium dens. He was weak and sick.

After he died she and his wife took the role of regents before her son was 17 years old. That was huge turning point in her reign. She now got most power because her co-regent was not so strong. Of course problems soon appeared. Western fleets and armies took China by attack. With much better technology and tactics they soon overhelmed China that had to agree upon their terms.

There was huge amount of intrique before she was able to get rid of all her enemies which were for example Xian Feng’s brothers.

About 40 years later, again the court had to escape Forbidden City because of what is called Boxer Rebellion, event that was action against various western countries to stop their “expansion” in China. Boxer Rebellion stopped as a fiasco because again, western technology was far better than Chinese. 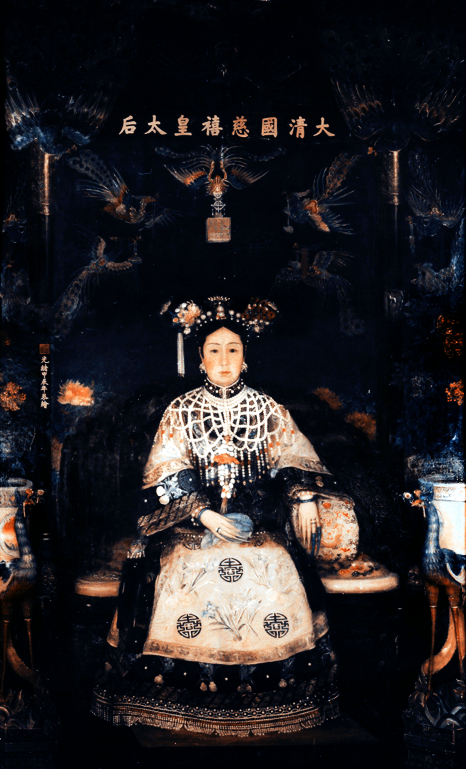 The painting by Katharine Carl of Cixi.

Cixi died at the age of 72 years and she was called the Old Buddha.

This book was great really. From her diary you do not get much of what is happening in the world. This I think nicely shows that she really did not care and even hated everything that was not traditional. Basically it was her who started the last unnecesarry war that had to lead to her defeat. In the book, though of course she does not say it, she lives very opulently. Rebuilding palaces when Chinese treasury is almost empty. At the same time, she was quite good in what she was doing, like it or not, she reigned for 47 years.

If you can find this book, read it. Quite good to get the idea of how it looked like in China before the WWI.

[1]I guess that the author, Johaness Fabricius only put the book together and made first transletion.