As I said before, there is about 70% of dark energy in the Universe of all the energy that there is, rest belongs to dark matter and tiny bit to normal matter.

Dark energy has to do a lot with expansion of Universe which was find out last century by Edwin Hubble. He found out that the Universe is expanding and right now we even know that the rate of expanding even increases (The Big Rip scenario).

Why? Because there is something called dark energy and we know that it works kind of like “anti-gravity” this could be misleading since the gravity is still there so it is also said that it has “negative” pressure.

Dark energy is everywhere at the same amount and as the space is expanding there is more of it created. This does not violate conservation of energy since the force of gravity decreases at the same time with the distance increasing. I guess that this is why the expansion increases.

There are four theories which I found about the dark energy, the first one is that dark energy is not a thing but rather property of empty space and empty space is expanding and as the expansion increases so does the rate.

Second idea is the idea of cosmological constant which was made by Einstein. At the start it was constant which would be zero so that space would be static but as Hubble found out Universe is expanding so the cosmological constant, which is kind of property of space must be higher than zero. Now lot of cosmologists are trying to measure this constant, this is a big problem since when we try to calculate it, it goes with orders of magnitude away from what we can observe and it is simply wrong.

Or also virtual particles popping in and out of existence in space could give energy to this dark energy.

Simply we do not know much about it but we know that it must exist in some kind of form. 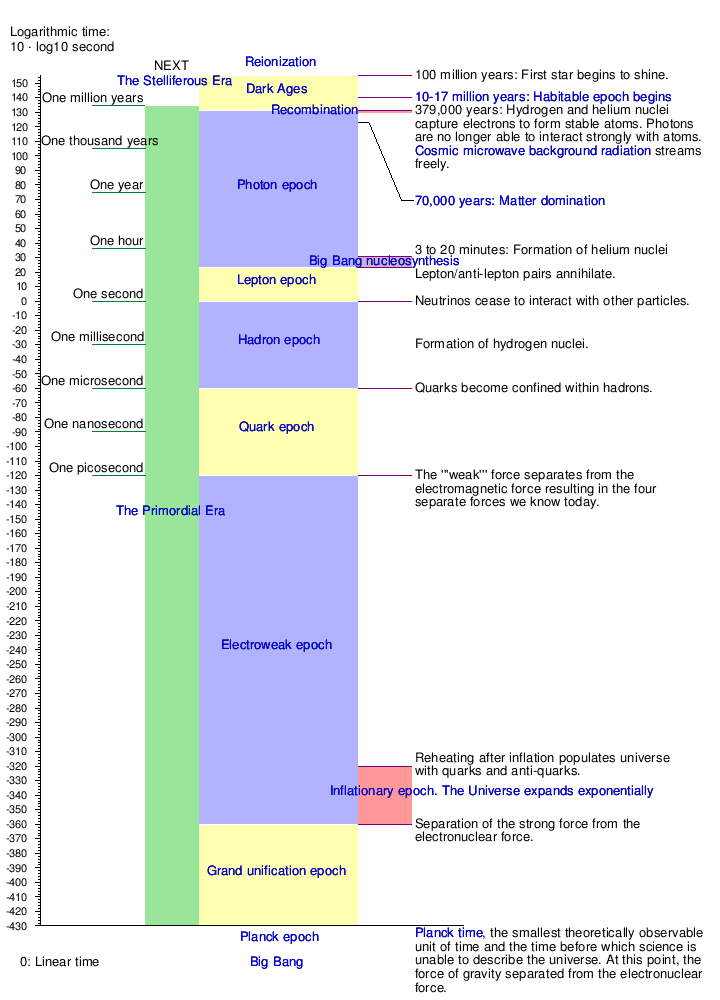 Hello,
before I continue with Apollo missions I will write something short about Space, this time what will happen to it.

There are three main hypothesis and in this post I will write about The Big Rip (TBR).

Firstly I heard about it in the TV but it was not explained very well so I had to search on internet… i greatly recommend video by Kurzgesagt (its in english) and it summarizes perfectly what next posts will be about.

So TBR is theory about end of Universe  For the first time it was published in 2003.

It bases on the expansion of Universe which would increase over time so that observable Universe would shrink into area smaller than anything: atoms, quarks or even hypothethical preons so that no interaction would be possible. Everything would be torn apart because it would not be gravitationaly bounded.

This bases on thing called phantom energy (kind of dark energy) which would have “w” smaller than -1 (ratio between dark energy pressure and energy density).

In aprox. 22 billions years there would be nothing like Universe.