Hi,
why Selenium? Well I was not sure what element to choose, I did not want to write about some precious metal since last two time I have covered gold and palladium. I used random generator and I got 34, which is proton number of Se.

Selenium is one of those elements which were find in last centuries. This usually happens because the element is not enough common for some alchemists to find it or it is always well bonded with other element (here it is sulfur) and it took some time before we were able to extract it.

Jöns Jakob Berzelius and Johan Gottlieb Gahn were chemists in Sweden and they were working close to Falun mine [1], which you can see on the next picture.

Guys there wanted to know what was it what they mined so they gave sample to those two chemists. It seemed to be some kind of arsenic compound but it was smelling strange and soon they found out that it is similar to sulfur and tellurium. Tellurium was named after Earth so they named Selenium (in Greece) after Moon, this happened in 1817.

You see it is not very common, at least it does not seem to be. But if I compare it’s occurrence in Universe with other elements it is not so bad. Most metals have one or two magnitudes less occurrence, from what I found selenium is not produced in solar fusion which means that it is created from supernovas, which would explain it’s  relative rarity. 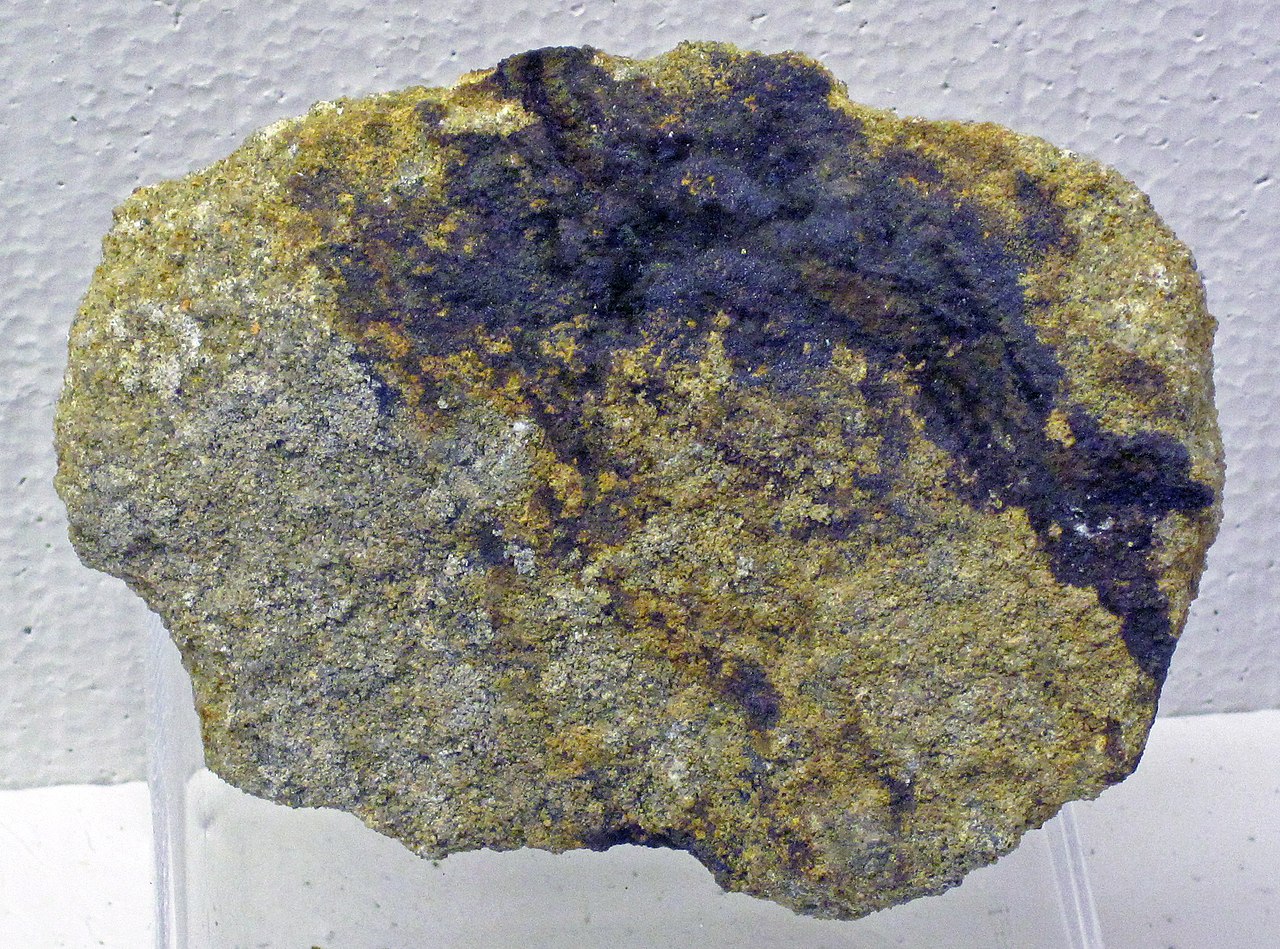 On the picture above you can see some Se in piece of sandstone from uranium mines.

Usually you will find it with sulfur so you need to extract it using methods as SX/EW [2].

Se is non metal element which can exist in several allotropes [3]. 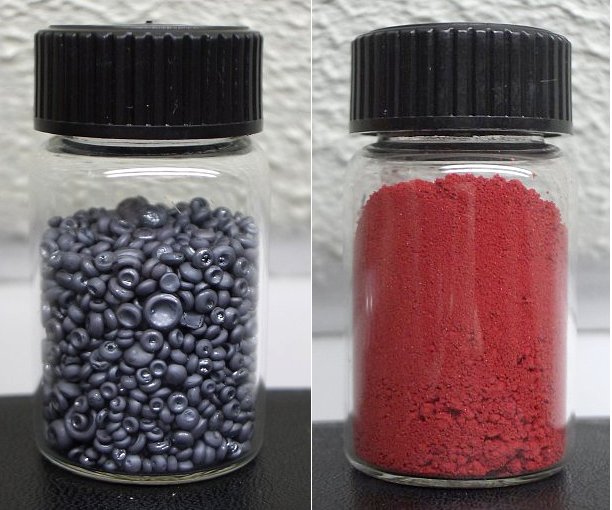 It is usually red powder as you can see above but if you melt it rapidly you will get this kind of grey form which is usually sold. Se makes big and complex structures.

There are five Se stable isotopes and the couple of others with half life ranging to thousands of years, than there is Se 82 which has half life of 10^20 years which is considered relatively stable.

It has extremely important property of photo-conductivity, its conductivity depends on the amount of light hitting its surface.

Selenium dioxide has a great usage during manganese electrolysis because it decreases the energy needed to get manganese (it works as catalyst). China is largest consumer of this compound for such use. For ton of manganese there are two kilograms of Se used. There are 31,200,000 tonnes of manganese produced each year.

Glass gets often kind of yellow or green color because of iron or other things accidentally mixed into it so Se is used to color it into red, this is the most common usage.

Also since lead is so toxic Se is used in brass with bismuth. At low concentrations it also improves machinability of lead, which is similar usage as of vanadium which improves the strength of steel.

On the pie graph you can see the production of Se. While I did not find the graph of biggest consumers of Se, on the top is clearly China, as always.

Organisms need selenium as we found out. It is important in some cellular processes but only really small amount like tens of micro grams.

At one time people thought that it is going to be good if they get more Se through some pills. Soon it was found out that more than 200 micro grams can cause cancer and so on. More accurately in one test, doctors got their patients 17% higher chance of prostate cancer which is number two of cancers killing male humans.

There are some illnesses with the lack of selenium but they are not very common even in places where is small amount of Se in the soil like New Zealand.

The price for Se is about 60$ for pound while at some times it lowered to about 30$.

[1] Falun mine was extremely important mine producing 2/3 of Europe’s needs of copper. It was working for almost 1,000 years and it is now cultural heritage with museum.

[2] SX/EW (Solvent extraction and electrowinning) is method used to get some metals like nickel, cobalt, zinc and uranium.

[3] Allotrope of carbon is for example graphite and diamond, both made up of only carbon but with different shape of molecules. 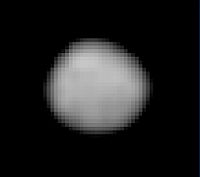 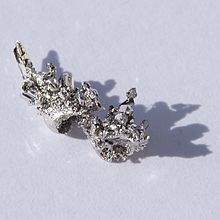 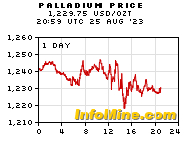