Hi,
have you ever wanted to be space pirate? To just fly through Universe close to speed of light and sometimes stop on some planet to steel some stuff? Well now, your space craft can even look like a ship, with huge sail!

Solar sails are sails like any ordinary sails. They even use wind, wind made of photons! 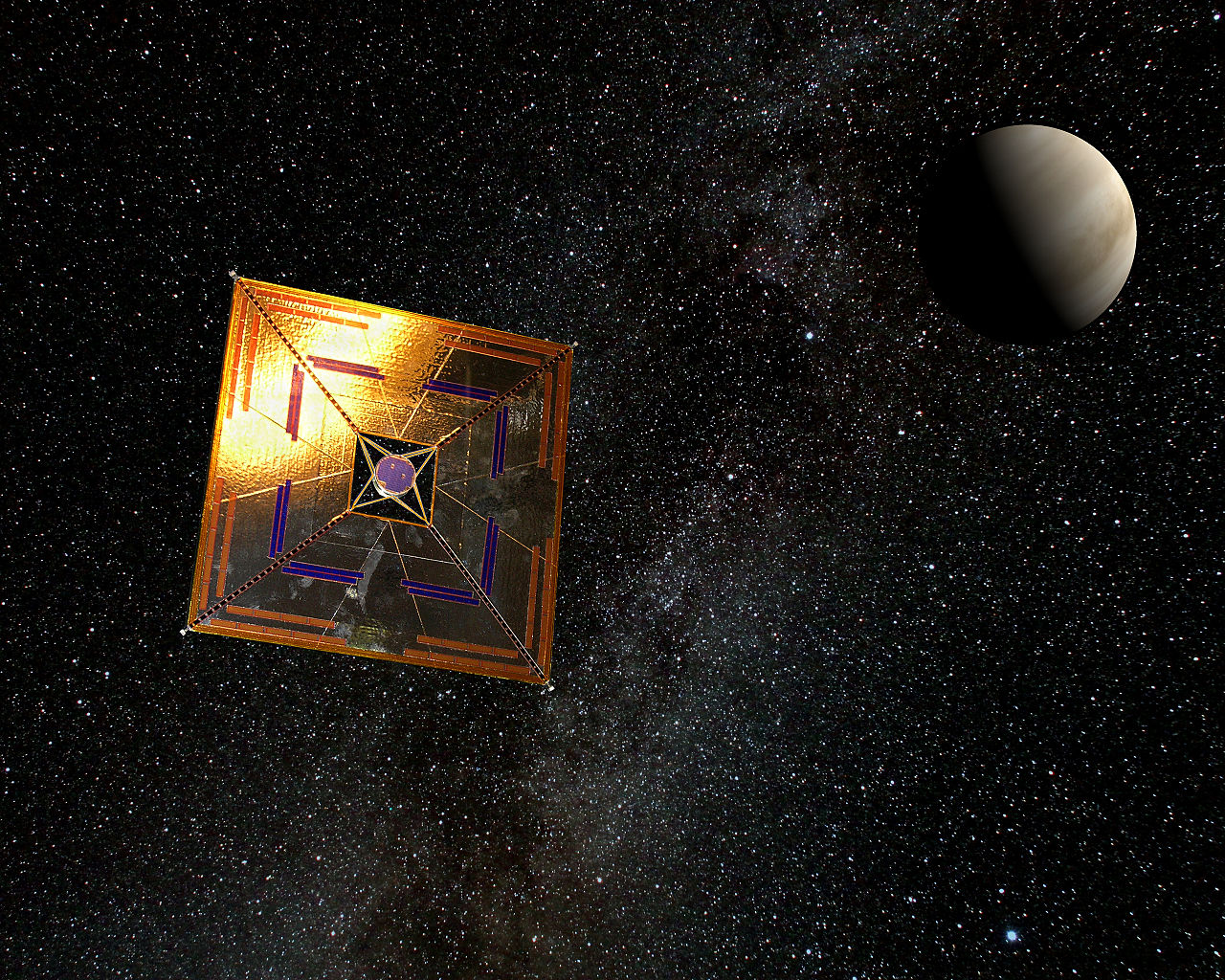 On the picture above, you can see IKAROS spaceprobe, the first succesful probe to use solar sails.

Those solar sails are powered by nothing more than the electromagnetic radiation coming from the Sun. It then pushes the probe because of photon’s momentum[1].

But photon has no momentum!

Yes according to Newton’s mechanics it should not have a momentum because it has no mass.

p is momentum, m is mass and v is velocity (speed).
If you would use this you would get that photon does not move and it does not have momentum but if you use theory of relativity as I already showed in the post about conservation laws you will get some real value, using what is called “relativistic mass” which is not zero for photon.

The IKAROS’s sail was 20 meters on diagonal and most of it was 7.5 µm thick so it was very light.

Whole probe had 315 kg while the sails had only 2 kg. This is about average mass for probes since New Horizons had about 450 kg while Jason-3 about 250 kg.

This method is not much useful for fast speedup and also for deep space travel since the radiation decreases with squared distance, but still you can be a local pirate.

[1] The photon’s momentum is transfered to the solar sail and because of conservation of momentum the sail must be pushed a little bit while the photon bounces away, this is the same effect as with a shooting rifle. When you shoot the bullet goes forward while the rifle backwards with the same momentum.