Hi,
today, as promised I will look upon two missions that has to do a lot with small stuff flying around the Solar System.

Now I said stuff because Rosetta is a mission for comet and OSIRIS is mission for asteroid.

Rosetta is a mission that was launched back in 2004 by ESA which is European organization. It went for the comet 67P or also called Churyumov-Gerasimenko which kinda looks like duck: 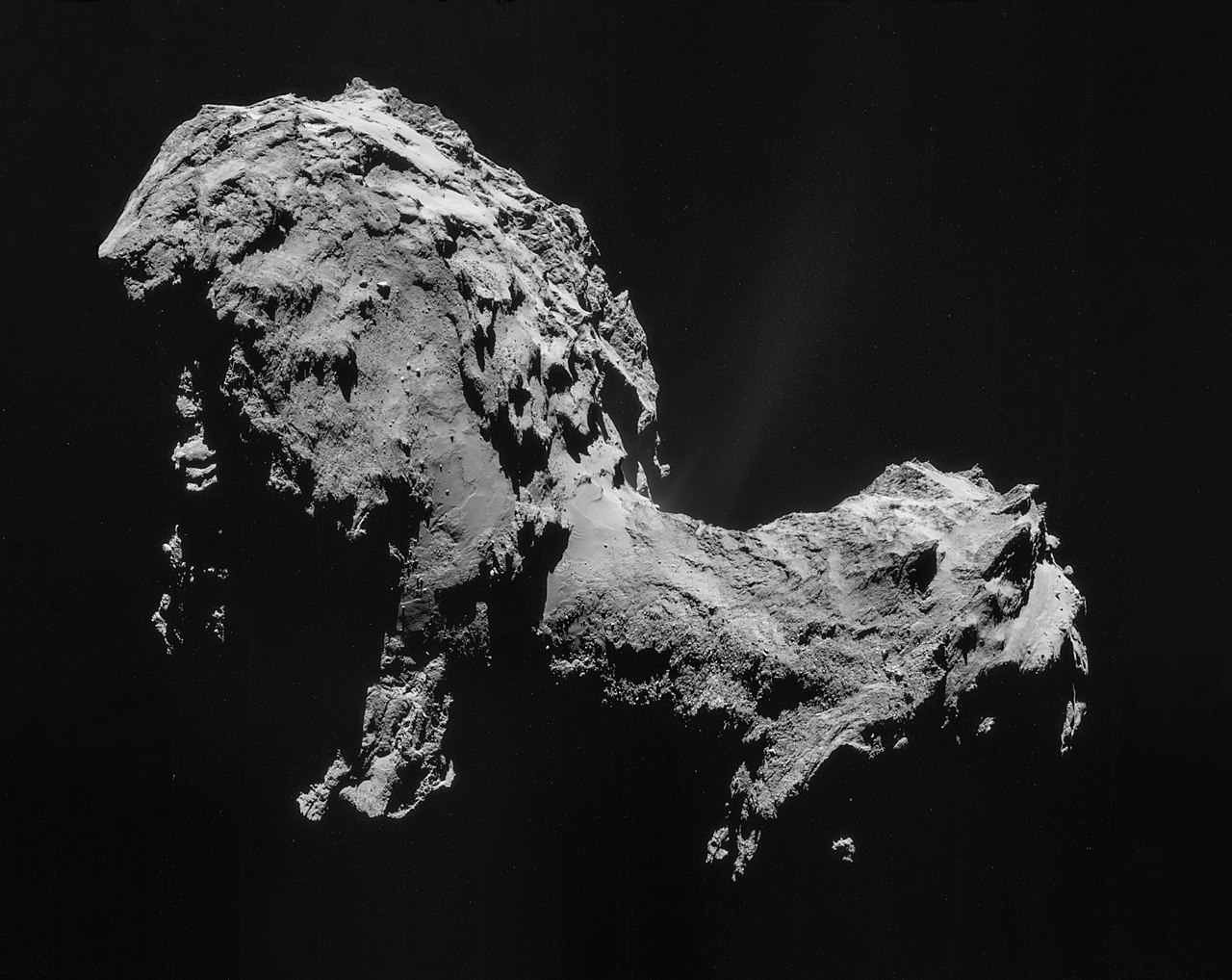 Ok, fine, it does not but look here.. from this photo I would say that it is cat with huge tumor on back.

It went with Philae which is a lander module. It took 10 years to get there. It visited two other asteroids and went around Mars.

After some small changes it went to orbit around the comet even though it has escape velocity of 1 m/s.

Then it deployed Philae in 2014 but harpoons that should have eased the landing did not deploy and the site was much harder than it looked like before (the site was chosen because there was supposed to be “soft” regolith). It bounced twice and almost float away completely. It had battery for 2 days which were of course not enough to conduct all experiments and it could not recharge because it was under some cliff. Nobody knew where it was and we could not identify pictures that it took.

It puts me in awe to know that this picture is from a comet. (Philae sits in the right middle of the picture in shadow.)

Luckily Rosetta still orbiting the comet finally found it and put them all in context. The mission ends in 30th September and Rosetta will too crush on the surface.

The picture of Philae

Now that is for some asteroid exploration back in time.

The last part is pretty huge, yes USA is for the first time going to return samples from an asteroid to Earth (Utah is the landing site).

It launched on the often used Atlas V and the whole mission for asteorid called Bennu will take 7 years. OSIRIS will stay on its surface for whole 505 days! (Look how planned this whole thing is!)

There are lot of instruments on its board which I wont go through all. There are many cameras because OSIRIS will first orbit the asteroid and scan its surface to find a good place to land.

It has special leg that will try to take samples using gas of nitrogen. It can take up to 2 kilograms and enough nitrogen for three tries.