Hi,
I was just reading post by Science Geek and then I realized that I was learning some stuff for school on similar topic so I decided to make a short post about it.
Today I will write about leap seconds.

Look at the picture on the left. Now look at it again if you did not find the

strange thing there. Unless you have some kind of strange clock you should not see 60 seconds normally but you should see instead one more minute and 00 seconds.

So lets take a look on what exactly happened here.

So this picture is picture of time when leap second was added to our time because our day was shifting with actual solar day which corresponds to our position with Sun (this gets messier when you see that on this also our orbit and axis have effect).

The problem here is that the rotation of Earth for longer term is unpredictable, of course we are talking about very small amount of time. The thing is that lot of stuff can change the Earth`s rotation: earthquakes, crust moving relatively to core, slowing of the rotation because of friction from tides (about 2ms per century) and many others, actually anything that happens here is slowing Earth rotation down.

There are of course two types of leap seconds but only positive ones were added for now, actually 26 of them and last one on June 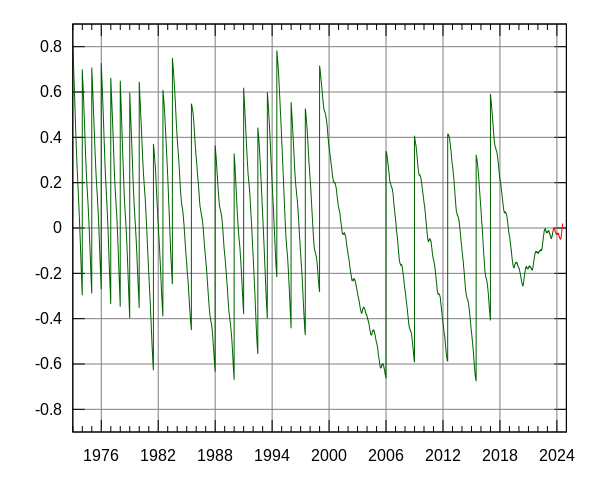 30, 2015. This makes some problems in computing because of course all-time running programs with lot of data are not very well prepared to just add one second. This is also why those seconds are always allowed to be inserted two times per year.

On the graph you can see how the time changes (y-axis) through years (x-axis). Those fastest vertical changes are leap seconds. As you can find on Wikipedia on the table with leap seconds, around the year 2006 there were none needed.

Both pictures are from wiki article about leap seconds